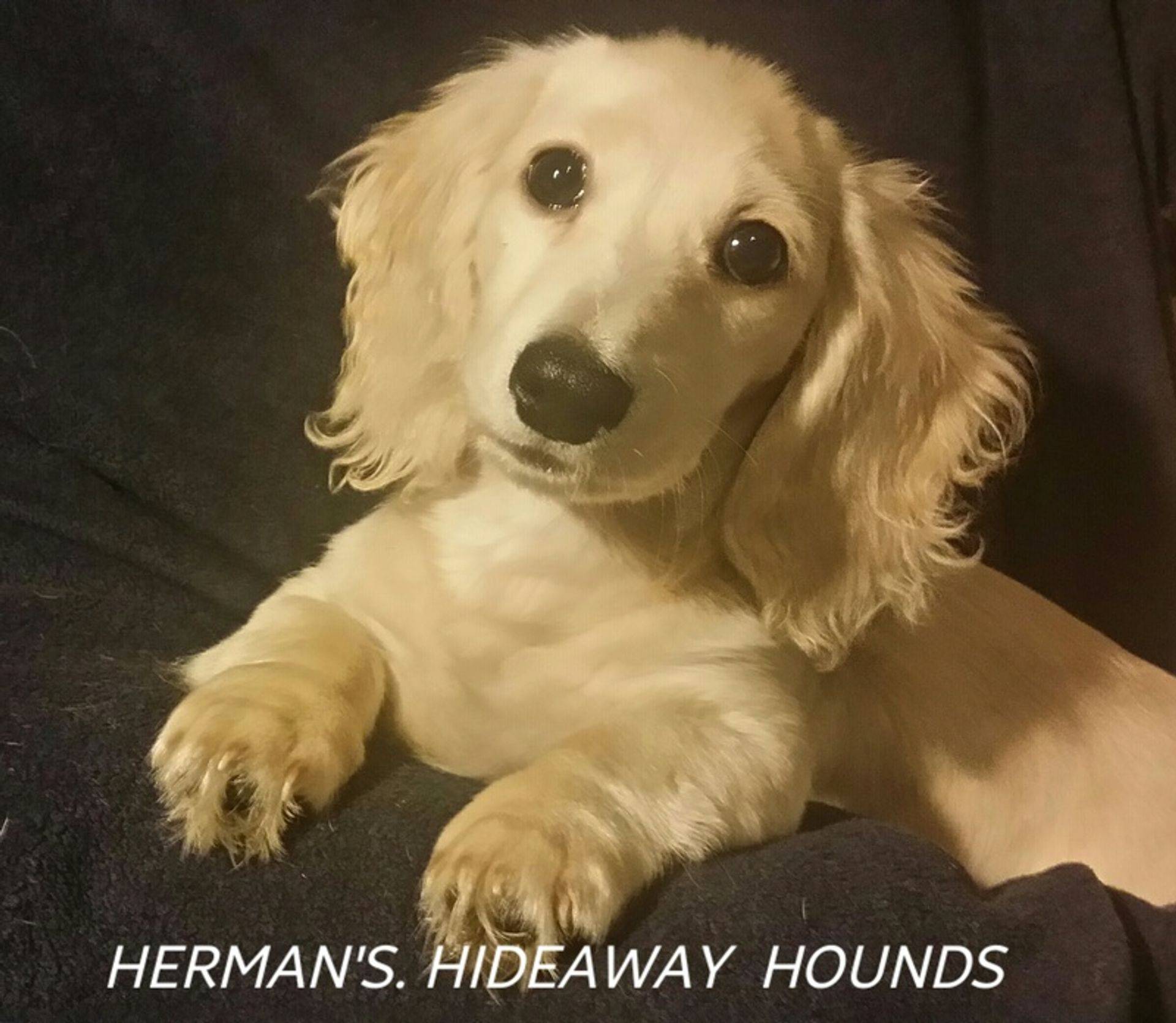 Our Dachshunds Allow Us to Be on "Their" Couch!

For great reference on colors, patterns, coats, etc ANYTHING genetic, please go to these sites:

When I first became familiar with the "Cream" lines in the dachshund breed, I became very confused with the genetics of it all. Well, I started to study the genetics, the alleles, and the chinchilla dilution "C" gene series.

If you want to know if you have a 'true' English Cream, then pull out your dog's pedigree...and let's take a peak.

First, look at the parentage and ask yourself "Is there any United Kingdom (UK) ancestry listed?". If there are dogs in the pedigree stating creams from Africa or Japan, then check further back on these or look them up in the PAW VILLAGE pedigree research database. See if they are American (eereds) or English Creams. This is an excellent database which may also include photos of the dogs in the pedigree.

Now comes the part here in America where unknowing or uncaring breeders have bred American Creams (ee-reds or dilute reds) to English Creams (cchcch). Remember it takes two (cchcch) alleles to make a True English Cream. The American Cream pups (eereds) are born almost white and then darken in age to 6-8 months becoming a red. This is why on a lot of pedigrees, the colors are wrong. Owners and breeders have listed them as creams, but should have listed them as reds. I am guilty of doing that at the beginning of a pup I bought.

The breeder stated he was a cream, so just put cream. But now I know to ownly put that down on a true "English Cream". In addition, American breeders have introduced isabella and blues in the breeding lines of English Creams.

My first shaded cream was born blue but once the shading lightened up, the blue disappeared too. Therefore on her pedigree it did state she carried isabella and blue so this is why it did appear. Yes she was a shaded English Cream, because she did carry the chinchilla gene series, but the blue dilution did appear at birth.

Now there are isabella/creams, blue/creams. Again, if both sides of the dogs do not carry the chinchilla gene series, you will not get a true English Cream.

Some English Creams can be chocolate based too. These will have a chocolate nose and toenails.

Now look below as a true English Cream pup changes his coloring from birth to 3 months of age. 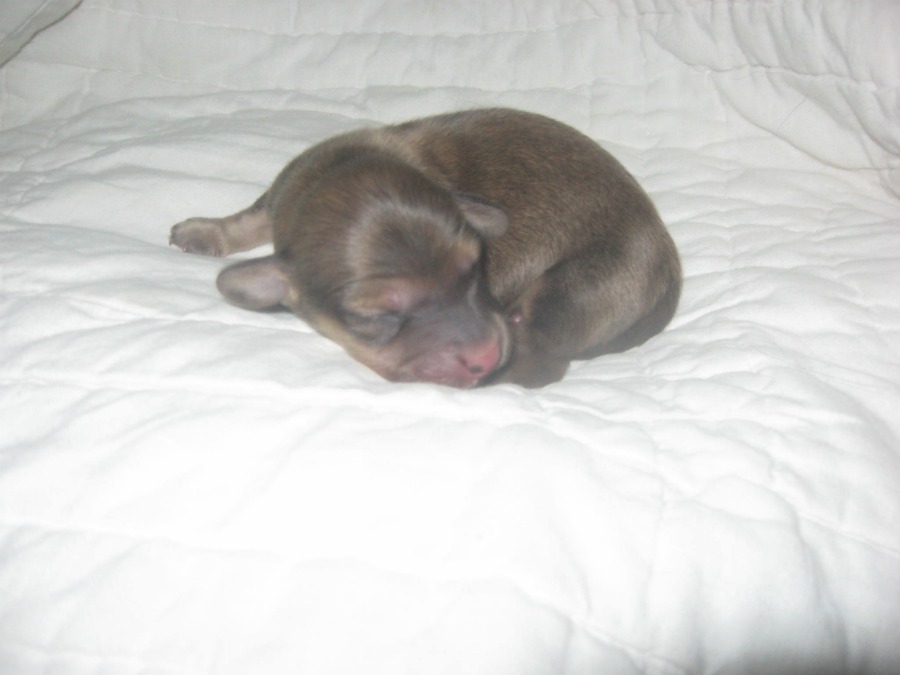 But at 9 weeks,  he is a handsome young pup! Being a shaded cream, the true blonde is finally beginning to come through. Once the puppy coat sheds off, the true english cream blonde comes through such as in the last picture. Amazing! 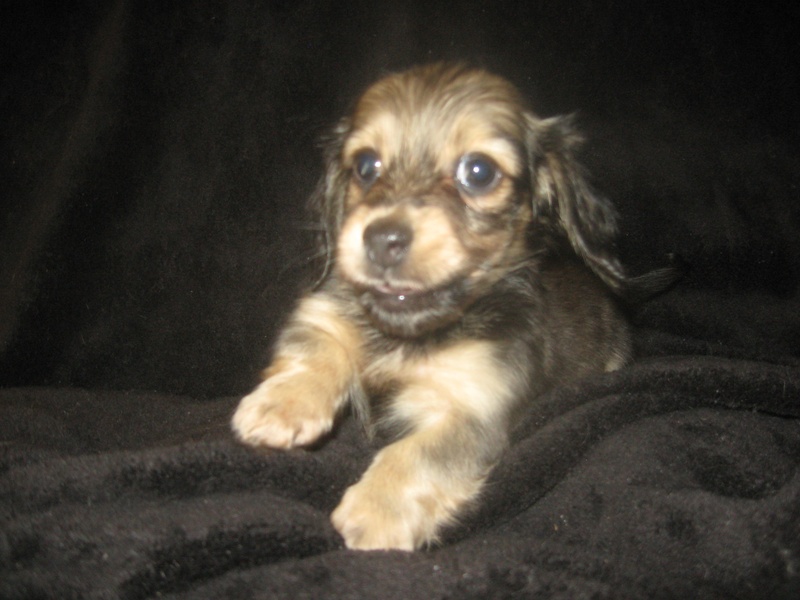 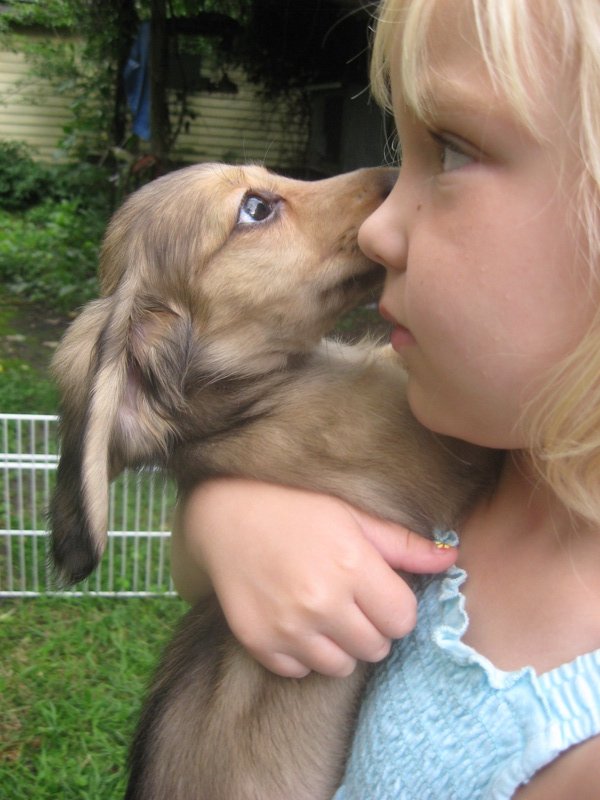 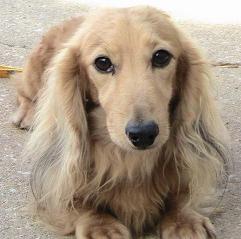 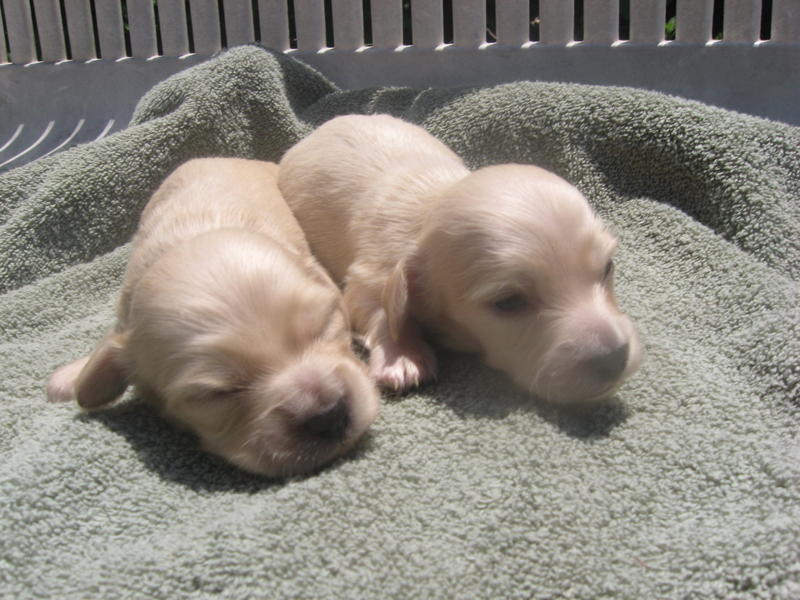 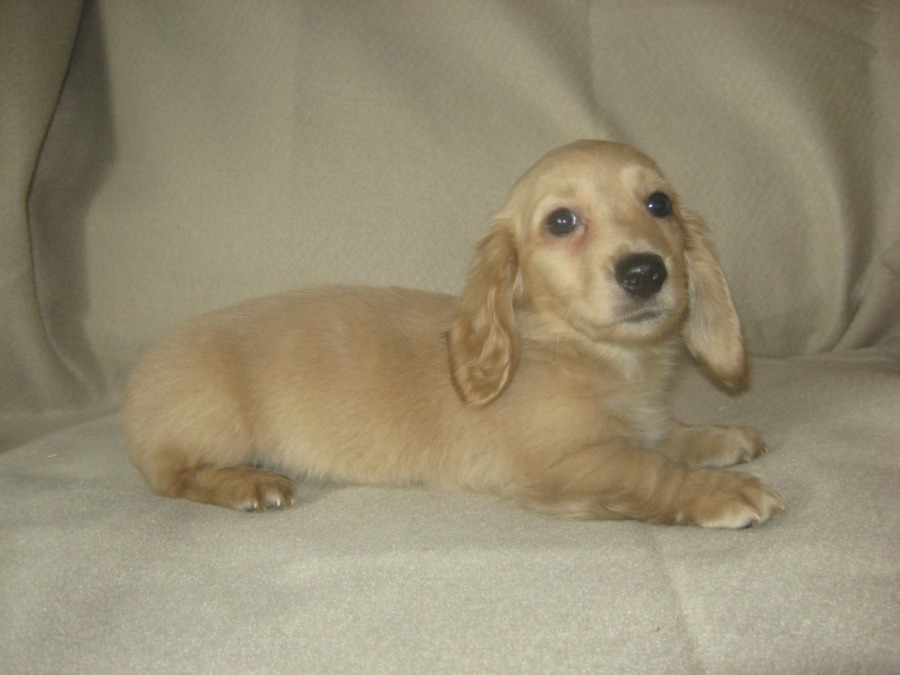 The Wonderful Dachshund, great family pet, loyal, understands your every mood, and loves your lap most of all.